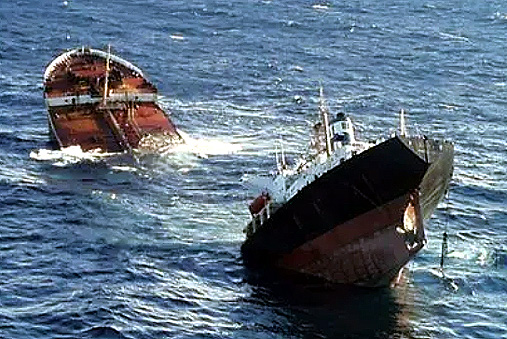 The Prestige sank in November 2002, releasing 77,000 tonnes of crude oil into the sea

Background to S-200 Oilgone® and The Prestige

When The Prestige was scuttled in November 2002, 77,000 tonnes of heavy crude oil spilt in the sea, and washed up on the shores of Spain and Portugal. It was an ecological disaster.

The spill was initially treated with chemicals and detergents – effectively man-made poisons – but the detergents broke down over time and the oil reappeared on the  beaches and local waters. The Spanish Government put out a worldwide call for bioremediation solutions. Many companies offered their products and five were invited to trial them on the beaches of Galicia.

The trial was conducted by the Spanish Government and the University of Barcelona. S-200 Oilgone® was deemed to be the “Best in Class”, the most effective bioremediation accelerator on the market

S-200 Oilgone® is an organic bioremediation accelerator. See Oil, Spray and Walk Away

S-200 Oilgone® is applied by  simply spraying any area covered in oil. It bonds with the oil and will not be washed away by the incoming tide.

As S-200 Oilgone® floats, it can also be carried in by the incoming tide to areas which are hard to reach such as caves and coastal fissures. 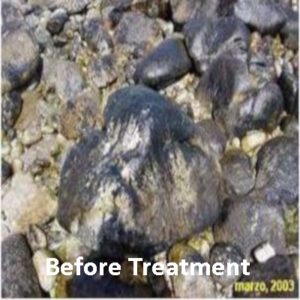 When S-200 Oilgone® is sprayed onto oil, it bonds with it immediately, rendering it inert and non-combustible. It is a nutrient additive, which feeds local bacteria, causing them to create enzymes at a vastly accelerated rate.

These enzymes convert the oil into carbon dioxide and water.  There is no residue. Nothing to clean-up. 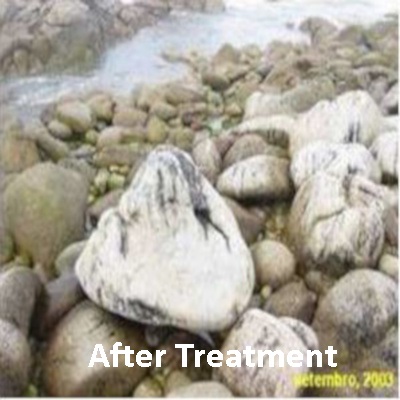 Background to the Spanish Government's Selection of S-200 Oilgone®

On November 13, 2002, the Greek tanker The Prestige began losing its cargo of #6 bunker crude oil after one of its tanks burst off the northwest coast of Spain. The Spanish government decided to allow the tanker to sink, despite concerns of widespread contamination. By December’s end, the tanker had lost 80% of its haul (more than 77,000 tons). Thousands of kilometres of coastline were polluted including more than one thousand beaches on the Spanish, French and Portuguese coasts. In addition, the spill had a devastating impact on the local fishing industry, sea life and waterfowl. The spill is the largest environmental disaster in Spain’s and Portugal’s history.

Initially, the spill was treated with conventional detergents and chemicals. Dispersing the oil and making it sink to the bottom of the sea does not deal with the problem and after a number of years, when the detergents disintegrated, the oil reappeared on Spanish shores and waters. Realising that conventional methods did not solve the problem, the Spanish Government decided that it would look at bioremediation.

After several months of extensive testing of a number of bioremediation products on the market, S-200 Oilgone® obtained by far the best results. Experiments on the rocky shore of Salvora (part of the Atlantic Islands National Parks) showed how in less than six months, and with only two applications, S-200 Oilgone® biodegraded 100% of the Prestige oil that was treated including the 23% asphaltenes present in the oil.

S-200 OilGone is selected by the Spanish Government  to clean up the Galician coastline after 77,000 tonnes of oil are spillt from the Prestige Tanker.